Does it concern you?

You participate in the development of complex products as a team and you face many challenges. Not only do you have to correctly determine the needs of your customers (whether they are internal or external to your organisation). But in addition, once these needs have been determined, you must design and implement a solution that will fully satisfy them.

Unfortunately, it happens that your customers or users are not satisfied with the result. Either because it doesn't correspond to their real need, or because you have encountered unforeseeable problems which have prevented you from achieving what was set. Your team is tired, forced to work evenings and weekends to keep its commitments. You lower the quality, and you run into instability issues that are costing you more and more. Some of the team members quit and you start to dream of a time machine to do things differently.

If only there was a way to approach this kind of situation, which allows you not to go back in time but to learn quickly... Fast enough to have the time to make the decisions that will allow you and your client to obtain satisfaction?

Scrum: for what benefits?

Scrum is a framework that has been designed to allow teams to achieve complex products. Although it was initially used in the IT world, it is now increasingly used in other contexts.

It provides teams with a working framework allowing them to approach their mission in an Agile manner.

What? You don't know Agility?

The Agile manifesto was created in 2001 by 17 people who had a much higher success rate in their way of leading their project compared to so-called classic ways. They then came together to create the ultimate method that eventually didn't see the light of day. After taking stock of their discussions, they opted to write a manifesto that seemed more to correspond to the findings they had made in the way their project was carried out. You can read the document which contains 4 values ​​and 12 principles here: https://agilemanifesto.org/.

The main interest of setting up Scrum for the realisation of your products with your team, is to allow you to improve your ability to manage the different types of risks inherent in a project:

In addition, you will be able to set yourself in search of performance, through an intense continuous improvement process.

Does it make you envious? So I urge you to read the Scrum Guide.

The Scrum guide describes the Scrum framework, you will find the information necessary to understand and apply Scrum correctly.
Scrum was co-created by Jeff Sutherland and Ken Schwaber. The authors described the Framework for the first time in a book, published in 2001. From 2010, they offer us another format, a guide that will not exceed twenty pages over the course of its updates.

Jeff and Ken are offering us a new version this year, which they wanted to be clearer and simpler than the previous ones. Ken specifies that these modifications do not change the nature of Scrum, but improve his understanding of it through the guide. Thus, in this new version, they wanted to:

According to the authors, Scrum was never meant to tell you exactly how you should work. The new Scrum guide 2020 is thus deliberately less prescriptive and shorter than its predecessors. Because for the authors you must build your way of working through collective intelligence, as a team. You will see the disappearance of the 3 questions of the Daily or the simplification of the sprint cancellation process at the total discretion of the Product Owner.

Formalize the universality of use of the Framework

All the terms that could be linked to the IT world have disappeared. The authors officially recognize what many have been experimenting with for years: Scrum and agility in general apply in many contexts other than IT projects. The guide becomes more inclusive and can now be read and applied by any team wishing to co-build solutions with their clients that bring them value.

We will also note the appearance of the notion of Lean, which fits perfectly into the notion of empiricism pushed by Scrum (feedback loop). This is also based on the notion of simplicity, because the objective is to do the minimum for the maximum impact (or value) for our customers.

Clarify the purpose of the artifacts

While Ken and Jeff want each team to co-construct their own way of operating, they nonetheless re-emphasize the commitment that each artefact involves. These must be clear and transparent to the entire Scrum team. This is why just as the Sprint Backlog is made up of the Sprint Goal, now the Product Backlog is also made up of the Product Goal. This allows to give the team a long-term vision of what the product will be. The Definition of Done becomes the quality objective to be reached for the increment at the end of the iteration.

The whole Scrum team must be focused on the same product objective, committed to the sprint objective. In order to avoid any ambiguity, exit the notion of a development team, there is only one team and it is made up of Developers *, the Scrum Master and the Product Owner.

The Scrum team is no longer "self-organizing" but rather self-. It defines when, how, and what she is working on. It commits, on the product objective and on the sprint objectives. Here, the authors want to emphasize transparency and the value of focus. A step is added to the sprint planning to ensure that the sprint goal is explicit. The event is divided into 3 parts which each answer the questions Why? What? and how ?

No more notion of “servant leader” in the guide, concerning the Scrum Master. Quite often misunderstood, the posture is now described by the expression "a true leader who serves the team". The intention here was to emphasize the notion of service. The Scrum Master actively serves the team. At the same time, it was time to clarify the responsibility on the Scrum Master: He is accountable for the effectiveness of the Scrum Team. We can measure the success of his action through the progress of the team’s effectiveness.
Be careful, this does not mean that the Scrum Master has to decide how the team works. Its mission will not be to tell the members how they should work but rather to give them meaning in their mission and explain to them the importance of their action. His role will be to inspire the team.

Be careful, this does not mean that the Scrum Master has to decide how the team works. Its mission will not be to tell the members how they should work but rather to give them meaning in their mission and explain to them the importance of their action. His role will be to inspire the team.

Whether you are new to Scrum or think you know and master Scrum, now is the time to rediscover the guide (and reread it regularly). The latest updates may inspire you to further improve your Scrum implementation and bring it to a wider audience. At Agile Partner we have Scrum Masters who can help your teams adopt Scrum and our Agile coaches can support your own Scrum Masters, Product Owners and Developers * to progress in their roles. Contact us as needed!

*Developers : it is not necessarily about IT developers but about individuals who participate in the development, in the creation of a product. 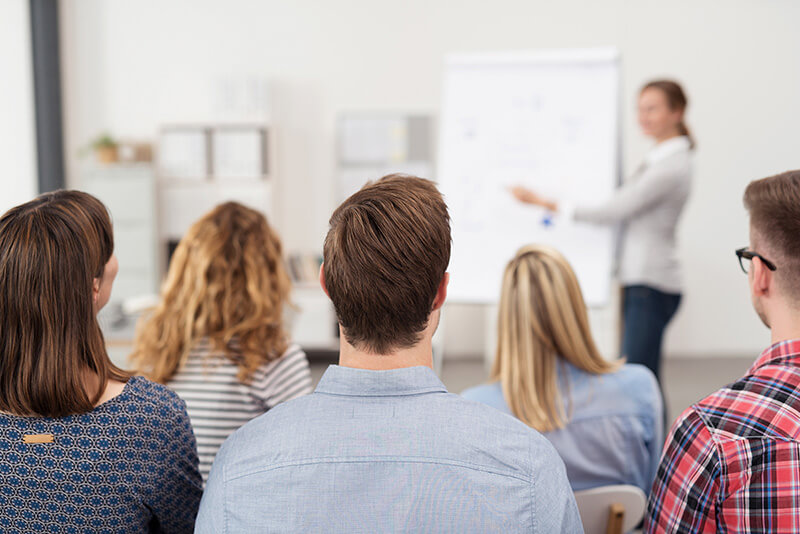 Do you have a software development project? Do you need help improving your agility? 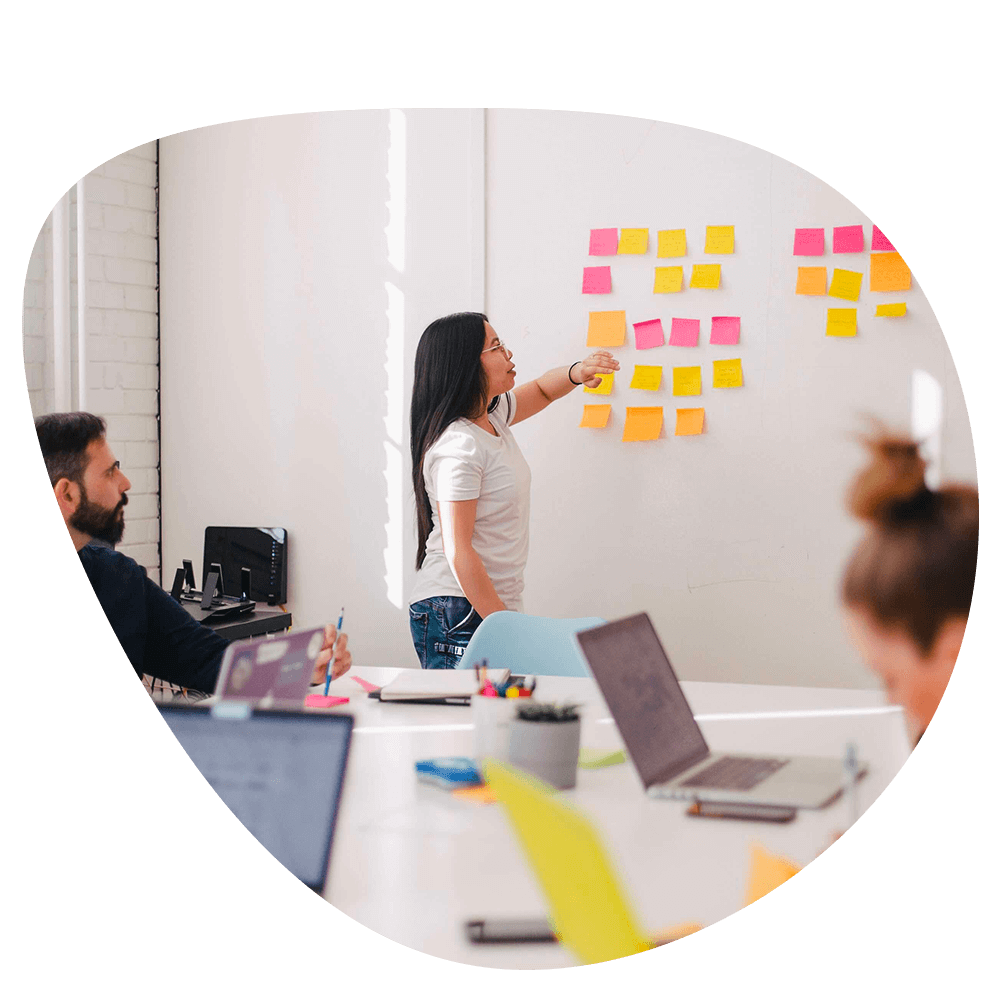 Scrum Master’s mission and 3 phases of our Agile-transformation

I would like to share with you my recent amazing experience of team- and organisation-transformation which generated appreciable business and human results.